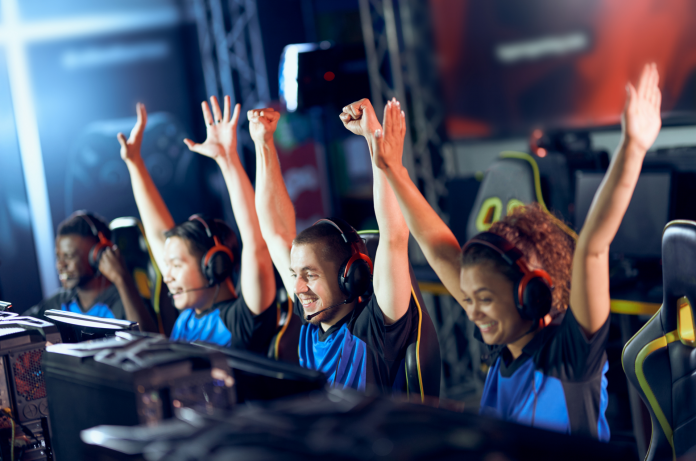 Is esports a sport or not?

The esports industry has seen tremendous growth and popularity over the years regarding viewership and revenue. Famous tournaments and esports events fill arenas worldwide. Many esports fans have favorite teams or players and support them based on their personality and skills.

According to the definition of sport, it is a game, competition, or activity needing physical effort and skill that is played or done according to rules, for enjoyment, or as a job. By this definition, we can say that esports is definitely a sport.

Esports or electronic sports is a competition, similar to traditional sports, with one exception – competitors participate in computer games. Esports can be described as competitive video gameplay, where games can be played on computers (PCs), consoles (PlayStation, Xbox, Nintendo Switch, etc.), and mobile phones by professional gamers.

The first official competition, which we could call esports, was held back in 1972 at Stanford University, where competitors measured their strength in the Spacewar game. The growth of modern esports is tied to the late 1990s, South Korea and Starcraft.

The first major competition was organized by game console maker Atari in 1980 with 10,000 participants. Ten years later, in 1990, Nintendo launched the Nintendo World Championship – the first world championship in sports.

Currently, the biggest and most famous E-sport tournament is called The International. It’s a Dota 2 tournament with an unrealistic grand prize of over $40 million.

Is esports a sport?

This is the most common question that arises directly from the name esports. Gamers will say it’s a sport because you have the equipment you play, the points you collect, and you have to be well trained and skilled to play on a professional level. Therefore, esports is, in theory, no different from bowling, for example.

There is a scientific study that shows that esports professionals are real athletes. Professor Ingo Froböse, from the German Sports University in Cologne, found that “esports athletes can achieve up to 400 movements per minute on the keyboard and the mouse”, which was described as “a level of strain that scientists had never observed in any other sport.”

There are many esports titles, but some of the games worth highlighting are League of Legends, Counter-Strike: Global Offensive, Dota 2, StarCraft 2, Overwatch, Rainbow 6, Fifa, Call of Duty, Street Fighter, Halo, Super Smash Bros., Fortnite, and PUBG.

To accept esports as a “real” sport, we should go beyond the “real” sport framework. Maybe someday there will be an Esports Olympics, but today, esports is still a form of competition, but many countries started to recognize it as a sport.

Esport appeared at the last edition of the Asian Games in 2018, but only as an exhibition discipline. We had the opportunity to watch LoL, PES, StarCraft 2, Hearthstone, Clash Royale, and Arena of Valor.

The Asian Olympic Committee has confirmed that eight sports titles will be added at the 19th Asian Games as new official disciplines awarded medals. The 2022 Asian Games, also known as XIX Asiad, will be a multi-sport event celebrated in Hangzhou, Zhejiang, China, from 10 to 25 September 2022.

We will have an opportunity to watch the famous eight titles: LoL, Dota 2, Hearthstone, Street Fighter V, PUBG Mobile (Asian version), FIFA, Dream Three Kingdoms 2, Arena of Valor (Asian version). This will be a significant historical event for esports.

Esports on the rise: Countries recognizing esports as a sport

Since South Korea is one of the biggest esports markets globally, the Korean Esports Federation has been very active in getting the official recognition of esports from nations worldwide.

According to the British Esports Association, it’s not unusual for players to put in 16 hours of practice in a single day. However, while esports may not be as physically demanding as common sports, the mental side and concentration levels can take their toll on gamers who practice for long hours over several years. Also, there’s even talk of esports one day being in the Olympics, which we are rooting for.

There will always be those who don’t look at esports as a sport, and that’s okay. Esports is rapidly growing, and it has its ecosystem with paid players, filled arenas, and large companies. What more does one sport need?