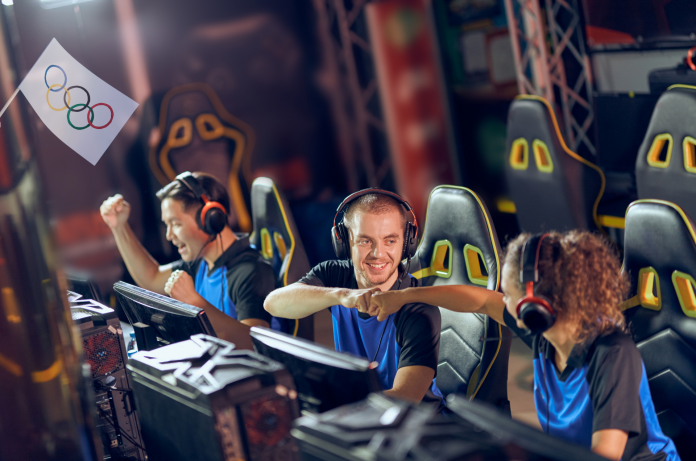 Will esports finally be a part of the Olympic games 2024?

The president of France, Emmanuel Macron, wants some of esports’ biggest events to be a part of the 2024 Summer Olympics in Paris.

Macron is proud of the French gaming industry and big gaming companies like Ubisoft, Quantic Dream, and Voodoo. He also said the video game industry is an important part of France’s cultural power globally.

The next Olympic Games will be held in France in 2024, and Macron will see this as an opportunity to further unite the esports industry and traditional sports. Does this mean we could see CS: GO Major, The International, or LoL Worlds at the next Olympics?

CS: GO Major, The International, or LoL Worlds at the next Olympics?

“Finally, I’m not forgetting the esports, another field of French excellence with teams like Team Vitality or Karmine Corp. We have a historic opportunity: the 2024 Olympic Games. It is up to us to take full advantage to establish a link between the two worlds’ Olympiads by hosting the world’s greatest esports events: CS:GO Majors, League of Legends Worlds, and The International of Dota 2. If the French trust me, we will work on it as soon as I am elected. This is also what France’s influence is all about”, said Macron in an interview for The Big Whale.

France – the country of video games

Although Paris’s most popular soccer club, Paris Saint-Germain F.C., collaborates with Chinese esports company LGD Gaming, which has delivered two second-place results for PSG, Paris has yet to host a C.S.:GO Major or The International.

The League Worlds group stage was held in the capital of France in 2015. The Worlds finals were held in Accor Arena in 2019, with FunPlus Phoenix defeating European juggernaut G2 Esports to win the title.

Winning a second mandate in the 2022 French presidential election brings esports and its biggest events closer to the 2024 Olympics. All we know is that we cannot wait to see esports as a part of the Olympics finally. What a time to be alive!