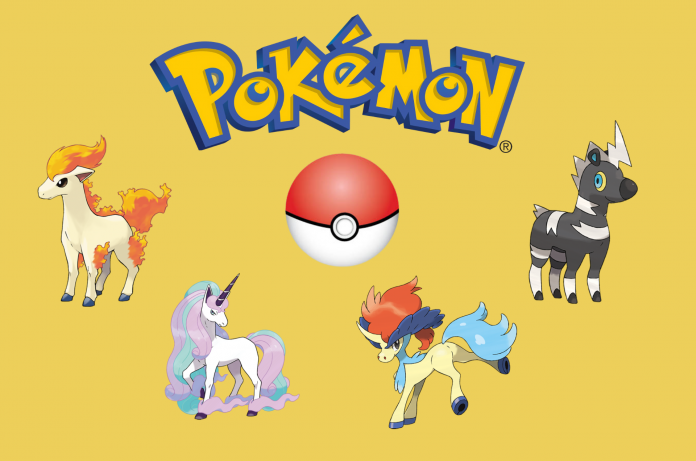 There are 7 generations and 12 unique species of horse Pokemon.

This article gives you the full guide to every horse Pokemon in the entire Pokemon franchise.

Every horse-like Pokémon species that exist in Pokémon

The Pokémon franchise features over 900 distinct Pokémon species that players can capture and add to their teams.

These species have distinct appearances, but they are often based on animals. This time, we bring you all the horse-like Pokemons through the Pokemon franchise.

There are seven generations of horse-like Pokemons:

Ponyta is a part of the Pokémon Red and Blue franchise. The fire-type Pokémon boasts horse-like anatomy and comes with a unique mane made of burning flames. It can’t run properly when it’s newly born. Its legs grow stronger as it races around with others of its kind.

Rapidash, a fire-typed Pokemon, has a similar appearance as Ponyta. The main difference between these two species is their size. Rapidash is significantly larger, and the horn protrudes from the head of the fire-type evolution. It evolves from Ponyta starting at level 40. This Pokémon can be seen galloping through fields at speeds of up to 150 mph, with its fiery mane fluttering in the wind.

Generations 2 through 4 contain no horse Pokemon.

The brain in Girafarig’s rear head is pretty small. In response to smells and sounds, the rear head attacks. The rear head can suddenly lash out and bite when approached from behind.

Stantler has magnificent antlers that were traded at high prices as works of art. As a result, this Pokémon was hunted close to extinction.

According to the Sinnoh legends, this Pokémon emerged from an egg and shaped everything in this world.

Blitzle and Zebstrika are both electric-type zebras.

Blitzle appears when thunderclouds cover the sky. This Pokemon can catch lightning with its mane and store electricity.

When this ill-tempered Pokémon runs wild, Zebstrika shoots lightning from its mane in all directions.

Keldeo is a water-type Pokemon that runs over the surfaces of oceans and rivers. It appears at scenic waterfronts.

Mudbray has been included in this list due to its resemblance to a donkey. In real life, donkeys are classified under the horse Family, Equidae. Loads weighing up to 50 times as much as their own body weight poses no issue for these ground-type Pokémons. Mudbray is skilled at making use of mud.

This is a ground-type Pokemon. Believe it or not, Mudsdale is the evolution of Mudbray. Mud that hardens around a Mudsdale’s legs is harder than stone. It allows this Pokémon to scrap a truck with just a single kick. Mudsdale is a giant horse weighing 2,028 pounds, making it one of the biggest and heaviest pokemon.

Glastrier and Spectrier are the most “horsey” species in the Kanto region. Both Pokemons are the steeds of Calyrex, the kingly Pokemon from Crown Island.

Spectrier is a ghost-type pokemon. It probes its surroundings with all its senses save one—it doesn’t use its sense of sight. Spectrier’s kicks are said to separate the soul from the body.

Now, when you know all of the horse pokemon that exist in the entire Pokemon franchise, we have a question: Did you catch ’em all?