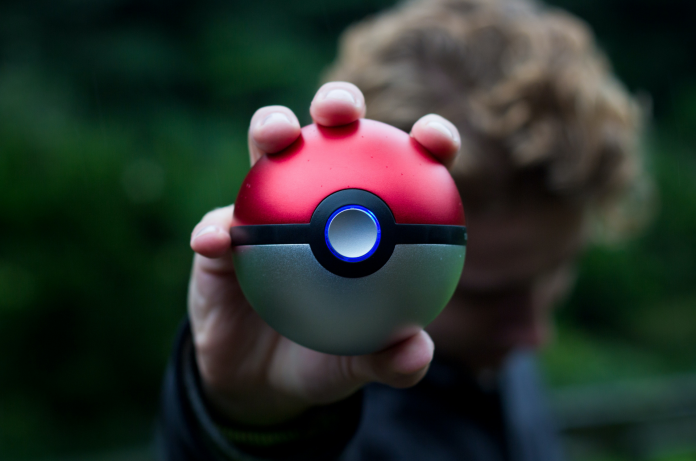 Do you know how and where to catch the Dreepy, a small, green Pokémon resembling a reptile or amphibian? With pink horns, a light green tail, yellow eyes, and a dark green head, Dreepy looks very cute.

Dreepy is a reborn ghost of a prehistoric species that once lived in ancient seas. It evolves into Drakloak(and Dragapult) and tends to wander the locations where it once lived. Although these Pokemons are pretty weak in combat, with just a little bit of training, they have the potential to become stronger and evolve.

Let’s see some tips and tricks you have to know to catch Dreepy and Drakloak in Pokémon Sword and Shield.

How to find Dreepy location?

Dreepy appears as a random encounter (2% rarity) in the Lake of Outrage area (weather: thunderstorm).

How to get Dreepy’s evolved form, Drakloak, which evolves into Dragapult? To find and catch this rare Pokemon, follow these steps:

Go to the Town map and the Lake of Outrage.

Pay attention to the weather icon. It has to be a “lightning storm”. So, you have to change the weather by changing the date. To change the date, go to the “System Settings”, then click on “Date and Time”. You can select March 29th, or November 1st, 2021, for example, to trigger the thunderstorm. Now that you changed the weather, let’s see how to go to the place and find Dreepy.

First, you have to call a Flying Taxi to take you to Hammerlocke Hills.

Then you go with the bicycle through the Giants Cap in the Galar Region (Wild Area). Then you’ll come to the Lake of Outrage. Go through the lake. If you see Jolteon Pokemon here, you know that you got the right weather because Jolteon is found during Thunderstorms, wandering around Lake of Outrage.

Somewhere nearby, you will encounter a wild Dreepy Pokemon. There might be other Pokemons like Golurk, Haxorus, and Noivern around him. Get those guys out of the way and get into a fight with him, then put him to sleep to make it easier to catch him and use your Ultra Ball. Gotcha!

Extra tip: Some Poké Balls like Ultra and Dusk have effective rates, which increase the probability of catching a Pokémon. Ultra Balls are effective at any time, and Dusk Balls are only more successful at night. Before throwing your Poké Ball, you can apply any status effects such as freeze, burn, paralysis, poison, or sleep to catch Pokemon easily.

If you are having a hard time catching him, you can try to change the weather by changing the date again (for example, select March 30th). Then try to find another one. There might be a chance of 2% that a Drakloak will appear in the overworld.

Dreepy evolves into Drakloak at level 50. Drakloak is capable of flying faster than 120 mph. It battles alongside Dreepy and dotes on them until they successfully evolve. In level 60, Drakloak evolves into Dragapult, which keeps Dreepy in the wholes of its horns. During the battle, Dragapult launches the Dreepy like supersonic missiles. Cool, right?

Enjoy your battles and catch ’em all!