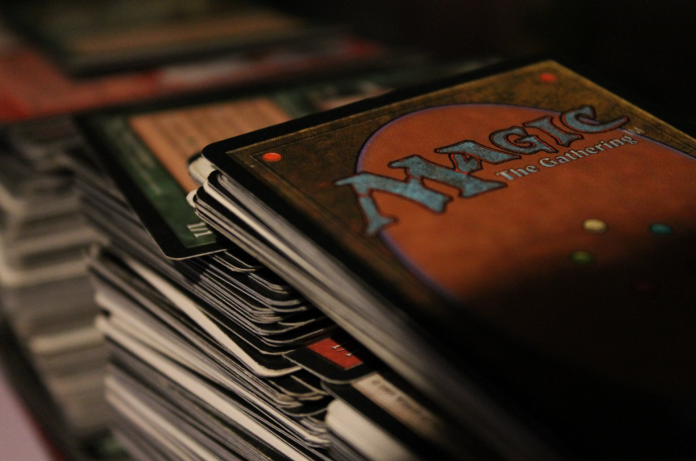 The first thing you will notice when encountering Magic cards is that they are aesthetically attractive. If you are new in the MTG world, some things can seem a bit confusing and challenging. And you probably have some questions about Menace.

Menace in Magic: The Gathering was first introduced to the game in 2015, originally appearing in the summer set Magic Origins. It is an evasion ability that makes a creature unblockable or harder to block unless it is blocked by more than one blocking creature.

What is an MTG menace, and how does it work?

Menace is a keyword that some creature cards in Magic the Gathering have as a part of their flavor text. It’s an ability that requires the opponent to block the attack by that creature with at least two blocking creatures. In certain situations, it can be very useful.

It can often mean that at least two opponents creatures will damage or get destroyed, meaning that clearing opponents’ board and gaining the upper hand is quicker and requires fewer resources.

If they have only one creature, the player has to take the damage. An excellent way to take full advantage of this is by playing damage/removal spells to ensure the opponent never has more than one creature out at a time.

For example, if you attack with a 4/4 menace creature and they block you with two 2/2, the creatures will kill each other. But if they only block with a 2/2 and a 1/1, then your creature will live. Trading one of your creatures to kill two of theirs is usually a good deal.

Few massive creatures like Pathrazer of Ulamog require multiple blocks and can only be blocked by three or more creatures.

What should you know about the MTG?

MTG is a very popular game. Moreover, Magic is becoming more and more popular over time, and there are about 20 million players in the world. Popularity is also visible in profits. In 2020, the game had a profit of $581.2 million.

Magic the Gathering is an intense and complex game that requires tactical thinking and a specific strategy to win. Players usually invest a lot of time in building their decks to ensure that cards have as much synergy with each other as possible. It’s a great way to get your brain to work hard, especially when you have opponents’ strategies and cards to react to, as they will do whatever they can to mess up your play style.