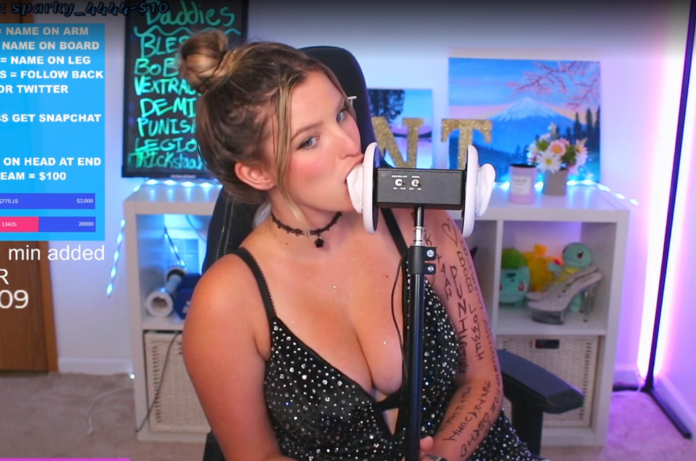 What lies behind the last Amouranth Twitch ban?

Twitch is a service through which users broadcast content mainly related to video games. Many users stream their matches in various multiplayer titles, comment on new hit games, or gameplay from games that are not yet available.

But not only games. Twitch has long been a place where you can see everything, from gaming to cooking and ASMR. Proof of this is the channel of a streamer nicknamed Amouranth, who has 4.4 million followers, and over 40 million views.

Many popular female streamers like Indiefoxx are getting banned from Twitch for doing controversial ASMR (short for Autonomous Sensory Meridian Response, colloquially called “brain orgasm”) streams on the platform. One of the most successful Twitch streamers, Kaitlyn ‘Amouranth’ Siragusa, is no exception. She has been banned again.

Amouranth often uses her appearance to attract viewers and often gets criticized for that. There are many controversies connected to her, and the last one cost her the new ban that lasted three days.

The truth behind Amouranth Twitch ban

Amouranth recently shifted from Hot-tub meta to the ASMR meta, leading her to the last ban. ASMR meta is full of controversy where streamers do inappropriate streams for a specific age group of users.

Amouranth Twitch ban came right after she posted some obviously “sexually suggestive” ASMR streams. The internet appears to be no longer in the mood to forgive Amouranth and has responded by criticizing the streamer and asking for her permanent suspension.

Amouranth got banned several times in the past for controversial and explicit content, which violated Twitch’s Terms of Service. Once, she accidentally revealed more than she should have and got banned for accidental nudity. She streamed the so-called ASMR, during which her skirt lifted and showed more than Twitch rules allow because she was not wearing panties. This ban lasted for 24 hours. (The video is still circulating online in forums, in case you want to check it.)

In her profile description, she wrote: “I’m the weird girl that sits in a hot tub sometimes and licks microphones for money and flails around in stupid pigeon/horse masks. I have two ponies, though, and two puppers who I love very much. So I can’t be all that bad, right?” Well, sounds relatively peaceful to us.

However, there is no doubt that the new ban did not come as a punishment. Amouranth made a good promotion that will bring her even more followers, subscribers, and patreons.

In the past, Twitch has suspended other streamers for similar infringements. For example, the Twitch streamer “alinaarose” was banned in February 2021 for “intimately licking a microphone.”

Another popular streamer Félix Lengyel, better known by the nickname xQc or xQcOW, has an interesting history of Twitch bans. Getting banned on Twitch five times is pretty hard to do, but this guy made it!

Was it because he ate a popsicle naked in the shower, or because he streamed Kayne West’s DONDA event, despite not having permission to play Kayne’s new album? The real reason behind his controversial ban you can find in our article Streamer xQc banned.