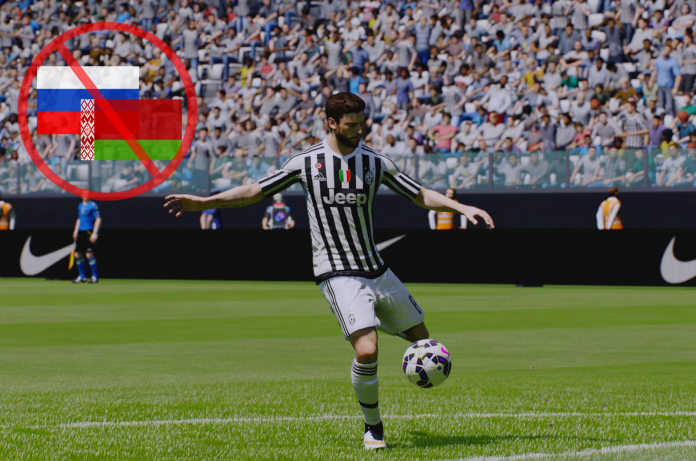 EA bans Russian and Belarus teams from video game series to ‘stand in solidarity with the people of Ukraine’.

Electronic Arts prohibited Russian and Belarus teams and players from both countries. This means they won’t be able to compete in the EA Sports FIFA 22 and Apex Legends Global Series. This decision comes during Russia’s ongoing invasion of Ukraine, following the lead of many Western companies that have pulled their services from both countries.

The company has already kicked out Belarusian and Russian teams from NHL hockey video games. They are also actively assessing changes in their other games.

As for other major players in the gaming world, Microsoft and Sony remain silent, although they have been asked to leave the Russian market. On the other hand, the music streaming service Spotify closed its office in Russia until further notice.

The team you play at FIFA is an essential part of the experience and a foundation of identification that motivates players around the world. Moving teams out of your country, changes the experience of the game, especially for Russian players who have already paid for it.

Here is the full and updated EA statement:

“We continue to be shocked at the conflict that is unfolding in Ukraine, and join so many voices around the world in calling for peace and an end to the invasion. We stand in solidarity with the people of Ukraine. Our primary concern is the ongoing safety of those in the region, particularly colleagues and partners. We are seeking to understand how we might best help them further beyond our programs that are already in place.

We have made the decision to stop sales of our games and content, including virtual currency bundles, in Russia and Belarus while this conflict continues. As a result, our games and content will no longer be available for purchase in our Russian region storefront on Origin or the EA app, including through in-game stores. We are also working with our platform partners to remove our titles from their stores and stop the sale of new in-game content in the region.

As this deeply troubling situation evolves, we’re continually reviewing the steps we can take. In addition to changes to our EA SPORTS FIFA and NHL games, we are actively evaluating other areas of our games and operations, and will update with any further actions.”

What about Apex Legend Global Series?

The things are a bit different for Apex Legend Global Series. Russian players and competitors dominate the EMEA region. 33 of the 120 players in the Pro League, the top competition in professional Apex, hail from Russia. This means the competition format will most likely have to change entirely since 12 of the 40 teams in the Pro League are Russians.

Its intentions may be for the greater good, but for now, many players who’re not involved in the conflict will remain in a holding pattern until the conflict ends or EA changes its wide stance.

According to ALGS players, ALGS administrators informed all participants by email who registered for the tournament series as residents of Russia or Belarus. This email confirms those players are ineligible to play in ALGS if they reside in those countries.

The tournament will allow competitors to compete if they live in a different country, outside of banned countries. Competitors that move must confirm they have moved outside Russia or Belarus by March 20.