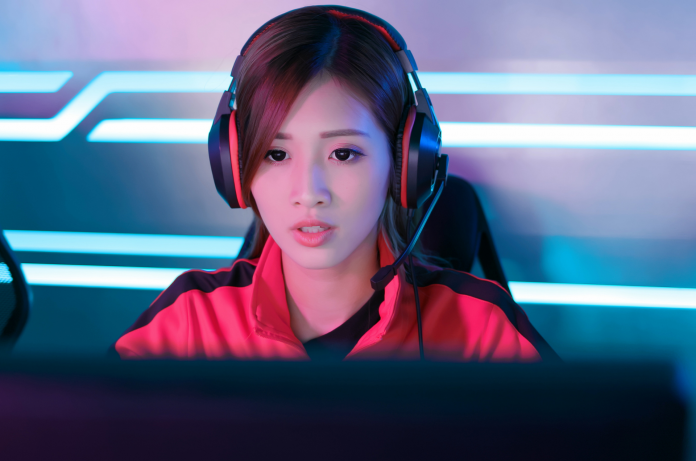 Female esports is one of the most controversial topics discussed within the gaming industry. In esports, it is about controlling the mouse and the keyboard or the controller, reflexes, precision, and speed of decision making. Biological differences between males and females are negligible.

But, if esport gives everyone equal opportunities, why are there so few women in top esport?

Shootings, fights, football, speeding. Do you still think these things are only for men? You are grossly mistaken. Let’s solve this mystery.

If you’ve been in esports for a while now, you probably wonder where the women are?

In the last few decades, it has been thought that the gaming world is intended exclusively for men. Although many games are created for men, an increasing number of women are excelling in this industry and breaking down prejudices.

According to Statista, in 2021, women accounted for 45 percent of gamers in the United States, up from 41 percent of U.S. gamers identifying as women during the previous year.

The number of female gamers is growing rapidly, especially in Asia. While there are plenty of successful female gaming influencers and personalities, only a few make it in esports.

Although gaming has leveled off in recent years in terms of the ratio of males to females playing video games, things are a bit different when it comes to esports.

Today’s most popular esports are mostly shooters (CS: GO), fighting games like Tekken, football simulators (FIFA and PES), and MOBA games like LOL and DOTA. All of them played mostly by the male population.

In case you didn’t know, a few very successful female players managed to break through to high levels.

The most famous is Sasha Hostyn, a Canadian professional video game player known by her username Scarlett. Scarlett achieved significant success during her gaming career and became the highest-paid female esports athlete with $393,528.19. She is the first woman to win a major StarCraft II tournament. In 2018, at the Intel Extreme Masters pre-Winter Olympics event in Pyeongchang, South Korea, Scarlett beat out the two-time WCS Global Champion Kim “sOs” Yoo Jin.

Second place holds Heartstone player Li “VKLiooon” Xiaomeng, who has earned a whopping $238,010. In 2019, VKLiooon became the first woman to win the Hearthstone Grandmasters Global Finals. Besides the victory, she commemorated it with an inspiring speech to promote more women in esports. Way to go, VKLiooon!

Take a look at this iconic female tournament featuring Scarlett vs sOs:

Riot Games, the company that brought us the League of Legends, has announced a new LCS Game Changers tournament. It is a one-week competition for talented female LoL players.

Esports is known as a predominantly male “discipline”. Over the years, we have had the opportunity to see several women’s sports teams in LoL, CS: GO, and Valorant. However, if we look at the global scene, the fact is that women are still not sufficiently represented in esports.

Aiming to create a “more diverse and inclusive sports ecosystem,” Riot decided to organize the LCS Game Changers League of Legends tournament for young and talented female players. The tournament began on September 27, 2021. Riot Games has selected the ten best women’s League of Legends players, who are included in the exclusive training program.

G2 Esports is another vast organization that has decided to invest in 5 top-notch female Valorant players.

G2 Gozen is the official name of the G2 Female Valorant Team. It is a mix of five talented female players from the Counter-Strike scene. These girls have played in various esports teams to win major tournaments such as Dreamhack and Copenhagen Games. They previously played as “The Originals” in EMEA VCT Game Changers tournaments, with some pretty impressive results.

According to echarts.com, in 2021, the leading event and the most popular women’s tournament is Mobile Legends: Bang Bang. There is a Woman Star League Season 3 league, participating women’s squads of all popular ML:BB teams of Indonesia.

The second-place held another Indonesian ML:BB tournament, this time from the UniPin community. UniPin Ladies Series was broadcast for 118 hours and is the longest-running tournament among women as of August 2021.

The top disciplines also included the football titles Rocket League and FIFA. Although Dota 2 is one of the most recognizable disciplines in esports, there are still practically no female Dota 2 tournaments (0.08%).

Change is on the horizon

Women teams and tournaments are an excellent way for female eSports players to gain experience, self-confidence and motivate other female players to participate in esports.

Esports should convey equal rights, in which women and men alike have the chance to establish themselves and earn equally.

There is definitely a place for women in esports. Many of them have already paved their way in the industry, and we are sure their time is yet to come. It’s just a question of when.