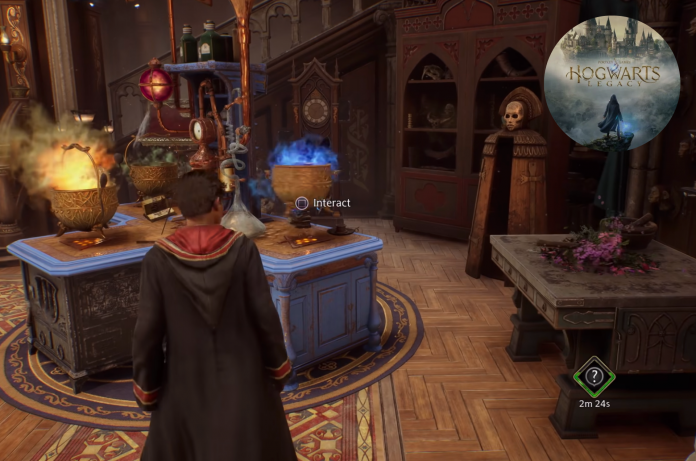 It was also confirmed that flying brooms would be a means of transportation in the game, so only one question remains: will there be quidditch?

Judging by the description of activities on the official website – the broom will not be part of the Hogwarts Legacy. There will be instructions for flying on a broom, but the competitive part that involves flying will be related to broom racing.

Quidditch is a wizarding sport played on broomsticks. It is a team sport similar to handball, played on brooms, and has its own specific rules. It was available in previous Harry Potter games as a scripted part within the story, but it also exists as a separate game directed by Electronic Arts.

The reason why Hogwarts Legacy will not have a broomstick is its complexity. As it is a team sport of specific rules, for the realization of one match, developers would have to develop an artificial intelligence system that would be separate from the rest of the game. In translation – too much work for something that would be only a small part of the game.

What can we learn from the new Hogwarts Legacy gameplay trailer?

You begin as a fifth-year student

You won’t start at Hogwarts in your first year. You’ll be there for a while and start as a fifth-year student. This means you’ll have to work extra hard to learn as much as possible to catch up to your classmates. While this may be disappointing to some, you will still be able to experience things like being sorted in your house and exploring Hogwarts, which is great.

The combat appears to be exciting

It’s not easy to devise a system that makes magic duels both interesting and deep, but it appears that Hogwarts Legacy has found a good balance. There are several spells in the game that can be chained together, and players can experiment with different styles. Furthermore, you can use external items in battle, such as plants gleaned from your Herbology knowledge.

There’s a lot to discover

Based on what we’ve seen in the trailer, we have a lot to be looking forward to. There are magical beasts to find and care for, classes to attend, ways to upgrade your skills and equipment, turn yourself into a specialized wizard, dungeons to explore, and puzzles to solve. It will be exciting to see what we can do and find once the game is released at the end of 2022. Are you excited?