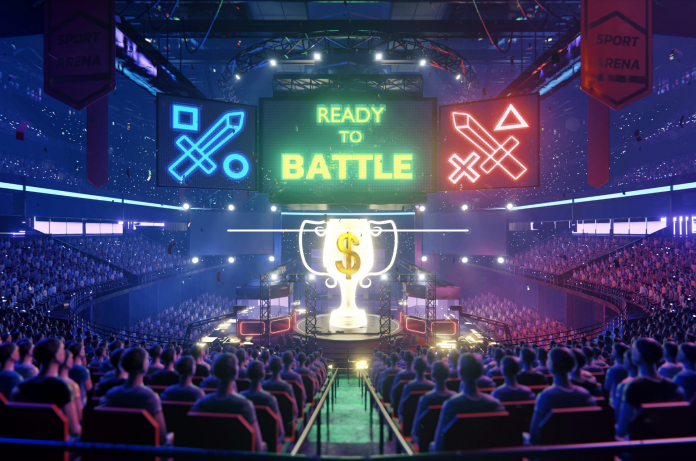 If you follow esports, you probably wonder how do esports teams make money. Some earn thousands of dollars a year, and some earn millions. But the question is, what are the ways for professional players to monetize their gaming skills?

Let’s find out the most common forms of professional players’ income.

How do esports teams make money?

Over the years, esports has blossomed into a worldwide phenomenon. Although it might seem like easy money at first, nothing falls from the sky. Professional esports takes a lot of sacrifice, training, passion, and determination.

In recent years, professional gaming has become one of the highest-paid professions. Esports tournaments with the largest prize pools became the primary goal of every player! Millions can be generated annually from tournament prize money, merchandise and sponsorships, various engagements, and streaming/content creation. These additional incomes make esports one of the most lucrative professions!

Most professional esports players combine two or more sources of income. So it’s no wonder that many professional players and teams have amassed enormous wealth while at the peak of their careers.

So, where does the money for professional athletes come from?

Winning tournaments is the simplest way to make money in esports. Your team will probably not always win the largest prize pool, so it’s not consistent, but it is profitable once it happens. In the long run, tournament winnings alone can’t sustain the team unless the team wins The International every year.

Sad but true – even winning the biggest esports tournaments will not be enough to keep an organization sustainable long term.

Professional esports teams have many sponsors, just like the most popular football clubs globally. Many of them are ready to invest their money and sponsor professional esports players from energy drinks manufacturers to computer equipment companies.

In the esports industry, most revenue for teams comes from sponsorships. Since the brands and companies realize the influence of esports, they are willing to invest in esports teams and market their company to a vast esports audience.

In 2020, according to Newzoo analytics, out of $950.3 million, $584.1 million came from sponsors. By 2021, this number was estimated to go up to $641.0 million. In addition to salaries, sponsors give a cash bonus, pay travel expenses, and offer countless other benefits!

In addition to regular salaries, teams also get bonuses after a big win. Don’t be surprised, but the bonus amount can sometimes reach $20,000 per tournament, which is undoubtedly worth the effort.

If you are a popular esports team, merchandise will always bring revenue. Organizations like Cloud9 and FaZe Clan are some of the biggest names in the industry. Because of the loyal fanbase army, they can easily sell their merchandise. The audience loves to feel connected with a team, and merchandise can easily make it happen.

Today, streaming is an excellent source of extra income. Players can earn tens of thousands of dollars a month with a large subscriber base and consistent, quality gaming and exciting content.

Esports teams don’t invest their money only into competitive players. They sometimes sign popular streamers to add star power and gain popularity to their team.

Also, popular streamers have a consistent audience, which can be a magnet for sponsorships. The end goal is the product placement during partner streams, with streamers serving as brand ambassadors for both sponsors and the esports team.