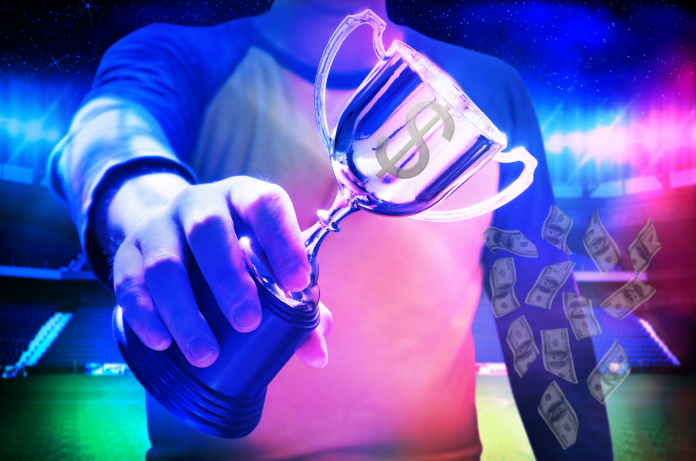 Do you ever wonder how to become a professional esports player and how much do pro gamers make?

Once a fantasy, professional gaming nowadays has become a viable way to earn a living.

There are considerable differences in salary among professional players in esports, and they depend on game to game, country, region, and several other factors.

In this business, as in any other, success is a relative thing. Many professional sports players earn a decent living by doing what they love – playing games. But the question is, how much do pro gamers make?

How much do professional esports players make?

The salaries of professional esports players are defined by a contract between the players and the team, which generally makes them a trade secret.

Salaries in sports vary from game to game. For example, in the top Dota 2, wages are much lower than in CS: GO and League of Legends. The reason for this is the lack of systematic competition and high prize funds.

In the League of Legends, the prize funds are smaller, but the system is systematized. Riot Games run everything. There are no other organizers’ tournaments, the system is more stable, and players’ salaries are higher. A significant impact on wages also has game popularity.

The executive director of the American LCS players ’association announced that the average annual salary in that competition in 2020 was $410,000, which is approximately $34,000 a month. Of course, with huge differences between the highest-paid and lowest-paid players.

Salary, as well as total earnings, depend on several important factors, such as:

Here are five players from the current leading games with the biggest prize money totals in esports history.

After leading OG to victory at The International for the second year in a row, danish player N0tail became the top earner in all esports. His highest earnings climbed to $7.2 million.

In 2018, Fortnite became one of the most played games in the world.

In the dominant performance at the Fortnite World Cup in 2019, Bugha earned an astonishing $3.2 million, which pushed the player into esports supremacy.

Another danish player, Peter “dupreeh” Rasmussen, won his fourth Valve Major with one of the most excellent CS: GO teams of all time in 2019, which earned him $1.9 million. Dupreeh played a big part in Astralis’ rise to fame and helped them push to the top of the standings in Counter-Strike.

The North American esports star C6 used to be one of the top esports players for years. C6 won three world championships and 37 major tournaments throughout his career and earned $1.3 million in winnings.

Faker is one of the most celebrated pro gamers of all time and the greatest player to ever compete in the League of Legends. He won T1’s (South Korean esports organization operated by the T1 Entertainment & Sports) three world titles and the world championship in his debut season. In total, Faker won $1.3 million.

Players can earn extra income via tournaments, numerous sponsorships, various activities, bonuses, and journalism, making esports one of the most lucrative professions.

Salaries in popular traditional sports are still unattainable for professional gamers. Esports is a much younger industry, and if it continues to grow expansively, only the sky is the limit.

For the biggest cash prizes in the history of sports so far, check our article Top Esports Awards in the History of Esports.