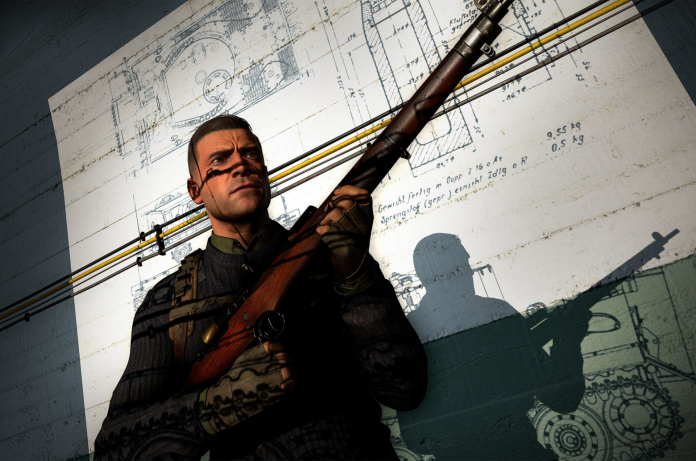 A well-known independent game studio from Oxford, Rebellion, presented some news for its famous title, Sniper Elite 5, and its deluxe edition.

The Sniper Elite series has always been recognized for its advanced weapon physics, further elevated in the Sniper Elite 5. Historically authentic weapons contain precise details, and each weapon has its unique feel.

The game’s expansive campaign is set in France in 1944. It focuses on the events of Codenamed Operation Neptune, often referred to as Day-D. Elite shooter Karl Fairburne uncovers a Nazi conspiracy called Operation Kraken that could turn the tide of the war in their favor.

The entire campaign can be played in online collaboration for two players, encouraging you to team up as you fight the Axis powers. The interesting thing is that other players will also be able to slow down your progress through the campaign.

Weapon customization has also been improved, so players in this title will be able to change bullet sponges, optics, tubes, and other parts and choose materials themselves. Each player will be able to create a set of weapons that perfectly suit the individual, his style of play, and the mission he will go through.

The main character Karl Fairburne was also involved in parkour, so now he is more agile than ever. He can climb anything and everything that will unlock the possibilities of passing the mission.

What does Sniper Elite 5 Deluxe Edition include?

The Sniper Elite 5 Deluxe Edition includes Base Game and Season Pass One.

Take on the Nazi plot alone or with a friend, thanks to improved co-op mechanics that let you give orders, share ammo and items, and heal each other.

You can use slide-down slopes, ziplines, and shimmy along ledges to sneak past a sharp-eyed lookout or reach the perfect vantage point.

Rifles, secondaries, and pistols all have a wide variety of options. You can use workbenches to customize and upgrade virtually every aspect of your weapon – change scopes, stocks, barrels, magazines, etc. You can also select the ammo to suit your target.

There is an unprecedented fashion for this series, the so-called Invasion Mode, that will allow players to become a Nazi snipers who will try to sabotage any progress of our main character. You can invade another player’s Campaign as an Axis sniper and engage in a deadly game of cat and mouse, providing a new dimension to the challenge. This game mode could be attractive to experienced veterans of this series and everyone who feels that way.

Customize your character and loadout and earn XP, ribbons, and medals as you take on intensely competitive 16-player battles that will test your sharpshooting skills.

The popular Kill Cam is returning even more brutal. This time you will be able to activate the Kill Cam with an SMG or a gun, and as a reward, you will watch the bullets bounce off the enemy skeleton, which will cause even more damage.

Of course, the most brutal ones will again have the opportunity to watch the bullet pass through the testicles. Ouch.