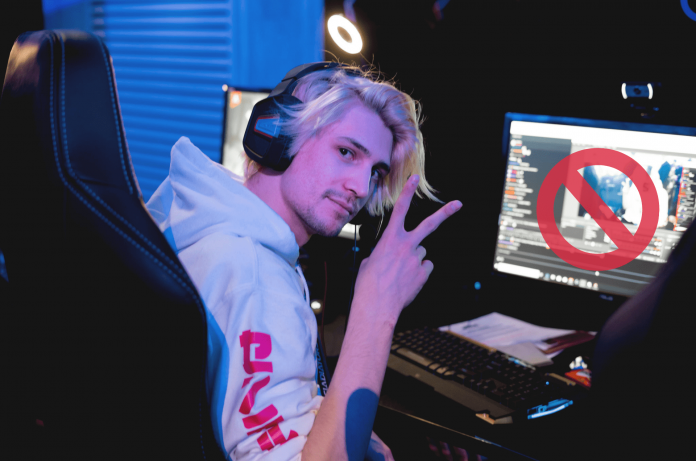 Why is xQc banned again?

Félix Lengyel, better known by the nickname xQc or xQcOW, is one of the biggest Twitch streamers on that platform, and a former professional Overwatch player.

If you follow xQc and his career, you are probably not surprised by his fifth ban.

Considering his history of banning from different platforms, this one doesn’t seem like a big deal. But this last reprimand popped up without any warning or reason and lasted just four hours and twelve minutes.

On August 14, xQc was banned from the Twitch platform for the fifth time. Depending on how complex the situation is, this fifth reprimand could potentially lead to a permanent ban from Twitch. Ouch.

Getting banned on Twitch five times is pretty hard to do. Most streamers would likely receive a permaban after the third or fourth offense.

The ban was reported by the account ‘StreamerBans’ on Twitter, but the reason behind it is still unknown.

Why is xQc banned from Twitch for the fifth time?

The story behind the ban(s)

There are some speculations why xQc deserved this fifth ban. Some running theories say streamer got banned for eating a popsicle in the shower. However, since he only showed himself naked from the shoulders up, this probably didn’t breach the Twitch Terms of Service.

Others believe it’s because he decided to stream Kayne West’s DONDA event, despite not having permission to play Kayne’s new album. Still, there is nothing concrete to back this claim up.

Whatever the reason, xQc was already up and running after the last short ban.

He got another ban for similar activity when issued a DMCA strike from the Olympic Committee for rebroadcasting the 2020 Tokyo Olympic Games in July 2021.

xQc later posted a Tweet and informed his followers about the status of his ban and apologized to everyone with a promise that he would follow Twitch guidelines more strictly.

xQc banned in 2020 for the first time

In 2020, xQc received a temporary suspension on Twitch after it was revealed that he cheated on Twitch Rivals, a tournament for Twitch streamers and former professional players.

The most severe ban xQc received was on November 18. He was banned from accessing the platform for a week. Lengyel was accused of stream sniping, a method of cheating in which he monitors the broadcast of other streamers to disrupt their entertainment intentionally. In addition to the suspension, he was given a six-month ban from appearing in Twitch Rivals tournaments. This was his third suspension during 2020.

The streamer was first banned for three days on February 29, 2020, when he showed explicit content. The second one came after he allegedly showed two gorillas in a sexual act, on June 12. This one lasted for one day.

Since xQc always openly shares the reasons behind banning, we believe he will soon reveal all the details. No matter how many bans he got, xQc has a dedicated audience of 9.2 million followers and holds much influence in the streaming space.

Twitch has always been under public attack for not taking any action against popular streamers, but it seems these things started to change.